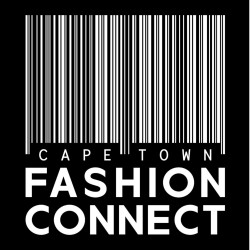 An unbelievable journey begins for Robyn Clark, Design Academy of Fashion Alumna, who was selected for Gucci’s Design Fellowship Program.

Micha Serraf is an award-winning Zimbabwean commercial and fine art photographer based in South Africa. Upon completing his Honours Degree in Fine Art at the University of Cape Town, Micha’s work has featured in a number of local and international honorary exhibitions, publications and media namely,  Vogue Italia, the Vogue Exhibition in London as well as the This Is Gender exhibition, Amsterdam.

The subject of Micha’s work challenges the representation of gender and fashion within photography. Fashion, he believes, is a form of art that should fuel a narrative.

Upon asking Micha what fuels the subject matter of his work, he draws long breath and pauses for a moment. “I look to recognise a feeling” he answers.

Micha’s approach to the creative process is highly intuitive. He is constantly exploring new materials and techniques in his work.

A recent project involved Micha making a satin parachute from scratch – rather remarkably considering he’d never sewn before. The initial thought process behind this project came from Micha envisioning suspending a friend from a windmill. Rather unsurprisingly he was met with somewhat of a hesitant response from his peers. Micha refrains from articulating his concepts too much before commencing with a project. While this initial concept was not expressed exactly, the parachute series evokes the same inclination for drama through the sheer scale of the parachute which engulfs the model. The surface of the satin dances somewhat under the sun and through the wind.  It acts as an accessory to elevate a feeling of lightness and somewhat of freedom.

“I incorporate fashion elements into my work with the intention of representing it as fine art. A garment can create a heightened sense of emotion through the way it is represented in a work.”

Micha’s experience working as a fashion photographer at Mercedes Benz Fashion Week, as well as South African Menswear Week, enabled him to work alongside Chu Suwannapah (“the Prince of Print’ and Creative Director of Chulaap) where he was set shot backstage at Barcelona Fashion Week in 2019.

One of Micha’s recent works includes a tapestry sewn by his mother – a collaboration he deems close to his heart. Collaborations, he believes allows for a holistic approach to achieving a similar experience or feeling.

“One can build a story and reach more people through collaborations because each person is playing to their strengths. Representing the subject in the work authentically further promotes the purity of the artists’ intention and fuels the emotional value of the work.”

In terms of fine art as it stands, there can be a perception somewhat that art is defined through the medium of drawing or a canvas. Micha relates to a moment where he remembers he had to remind himself how to draw and found the initial feeling overwhelming for the fear the drawing ‘not being a good enough representation’ of his true abilities. It makes one question why art is still defined somewhat by one’s ability to draw ‘well’ and how one even judges what is ‘acceptable’.

Micha is currently exploring metal as a medium in one of his latest projects – a material he has not worked with before.

“Standing among the flowers and the stones, my feet can feel the soil. Rooted loosely in the ground when I close my eyes – I imagine home”. – excerpt from Chipoko

His latest project titled Chipoko is a Shona word which translates to a person’s soul, breath or ghost. Chipoko reflects Serraf’s feeling of misplacement in arriving and living in South Africa as a Zimbabwean. Referring to his ancestry in this work enables him to feel a level of grounding and comfort in a place he describes still feels somewhat ‘alien’.

Chipoko is on display at Open 24 Hours Art Gallery at the Harrington, Cape Town until 29 October 2021.