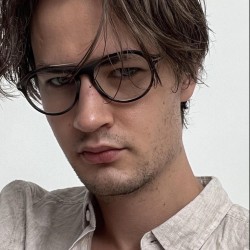 “an ode to our heritage” – asa sadan

ASA SADAN – the newly launched luxury label using garments as a medium to channel heritage and identity. The name ‘Asa’ (pronounced ‘ay’ – ‘sah’) is a Malaysian/Indonesian adaptation of the Persian...

“an ode to our heritage” – asa sadan

ASA SADAN – the newly launched luxury label using garments as a medium to channel heritage and identity. The name ‘Asa’ (pronounced ‘ay’ – ‘sah’) is a Malaysian/Indonesian adaptation of the Persian... 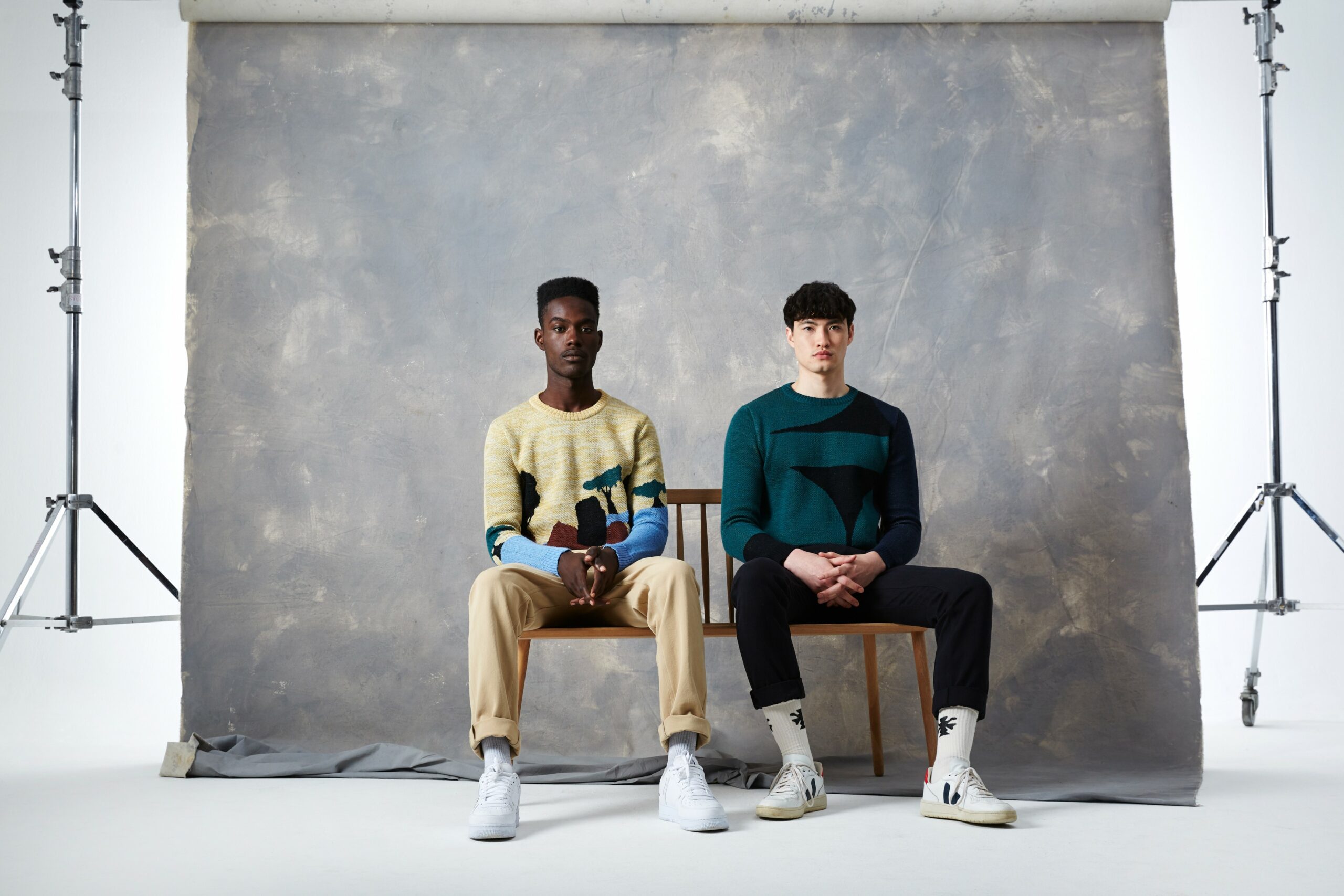 We believe the modern man is proud to be multifaceted, knowing that identity is the sum of its components. FIELDS explores these facets through grouping them as: Soul - encompassing contemplation,... 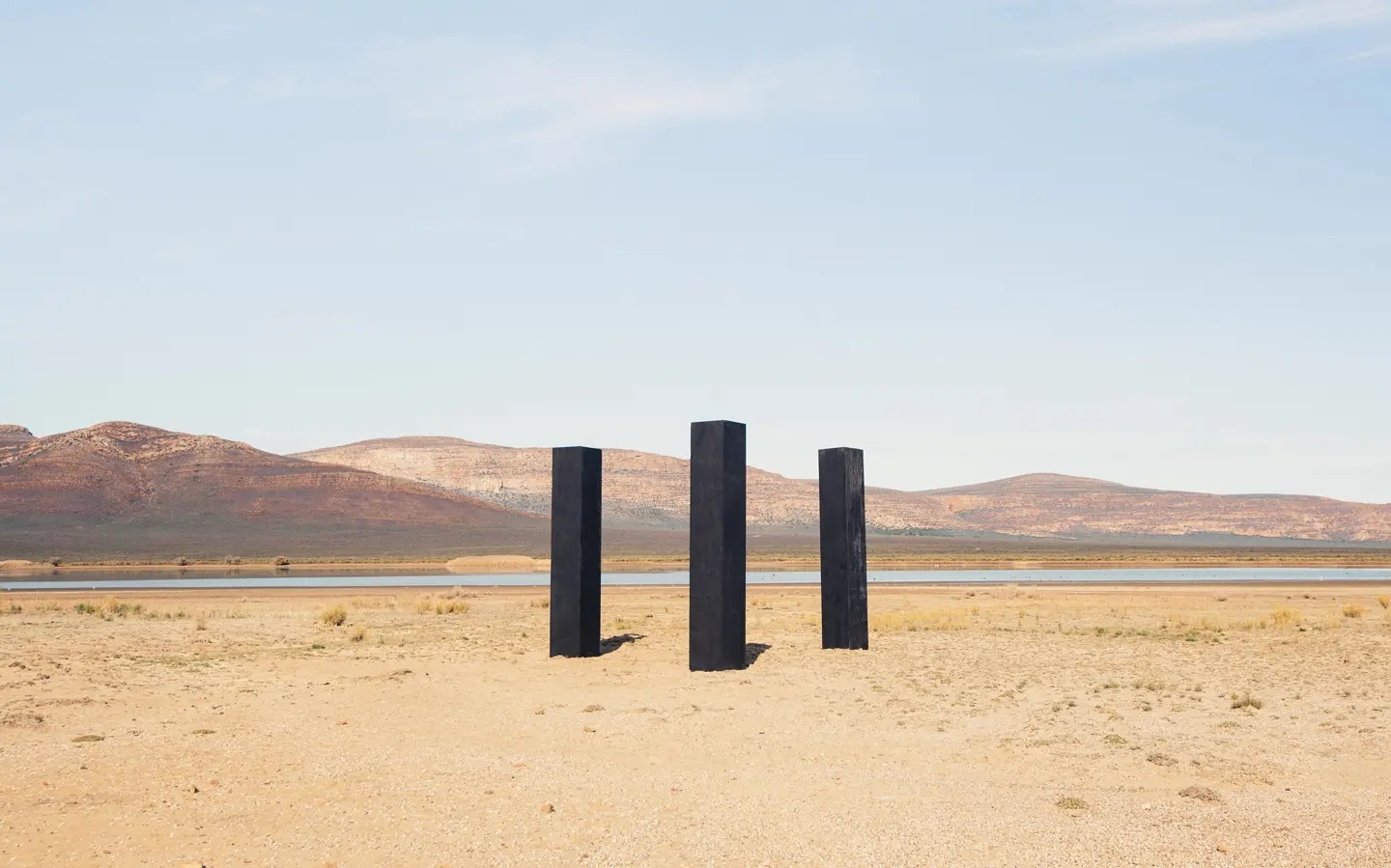 Micha Serraf is an award-winning Zimbabwean commercial and fine art photographer based in South Africa. Upon completing his Honours Degree in Fine Art at the University of Cape Town,... 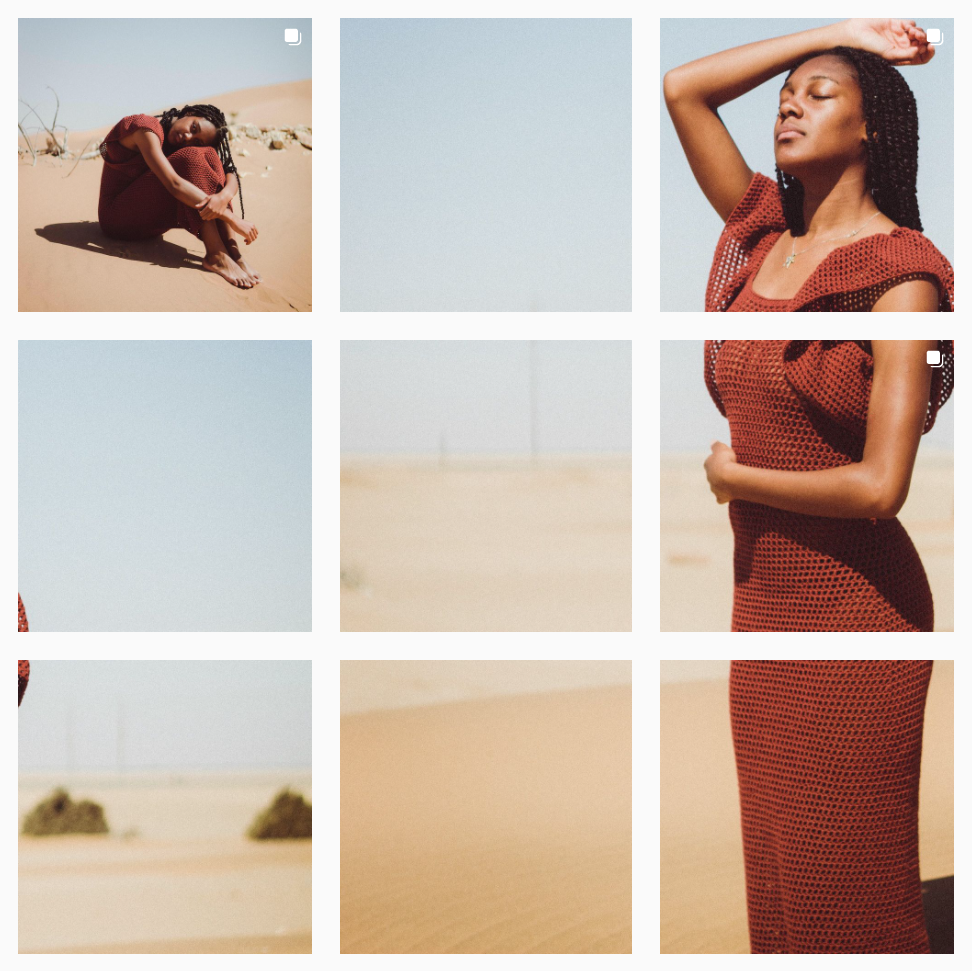 NTHATHUOA – “COMMUNICATING TO THE WORLD THROUGH my hands” 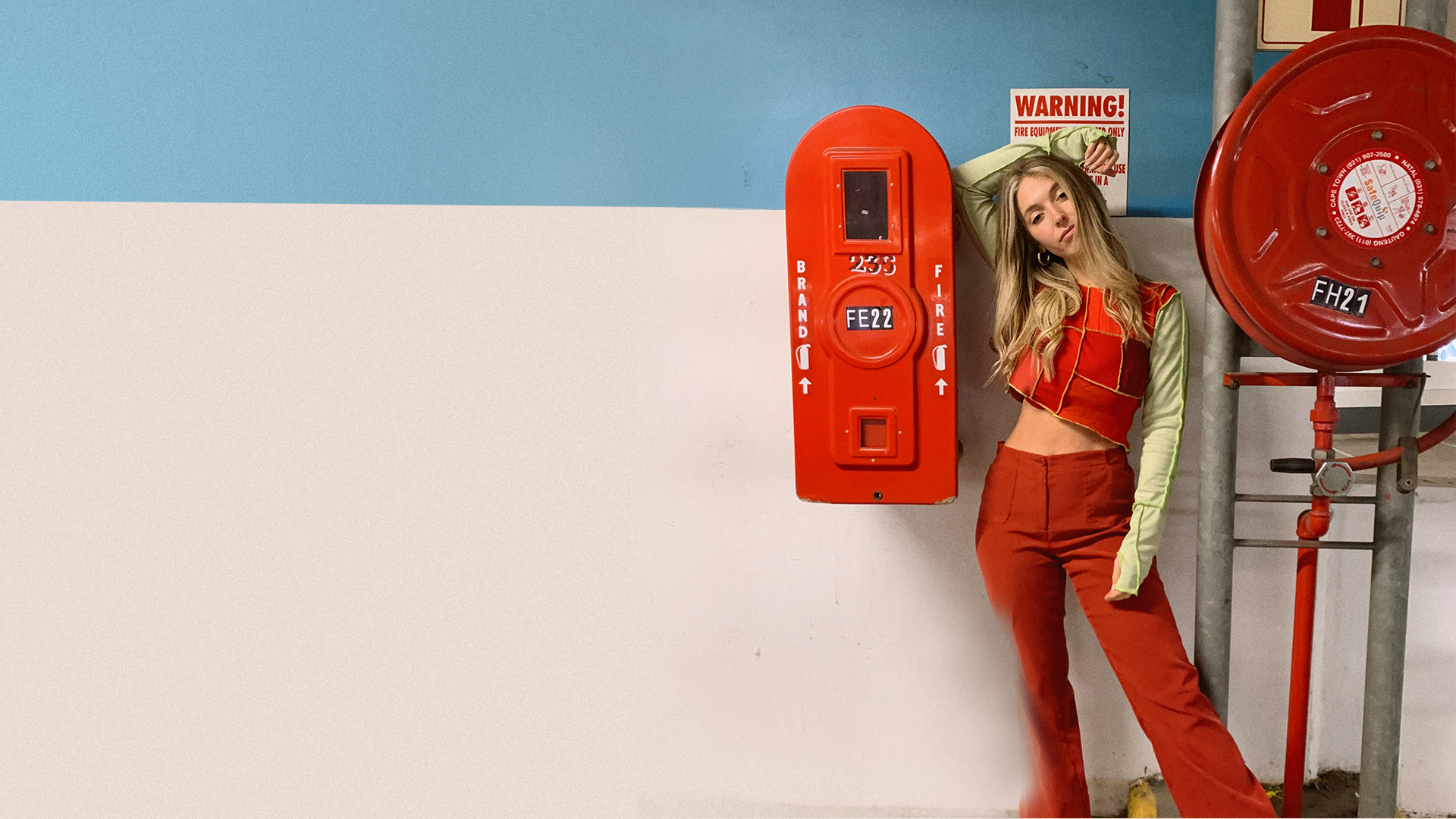 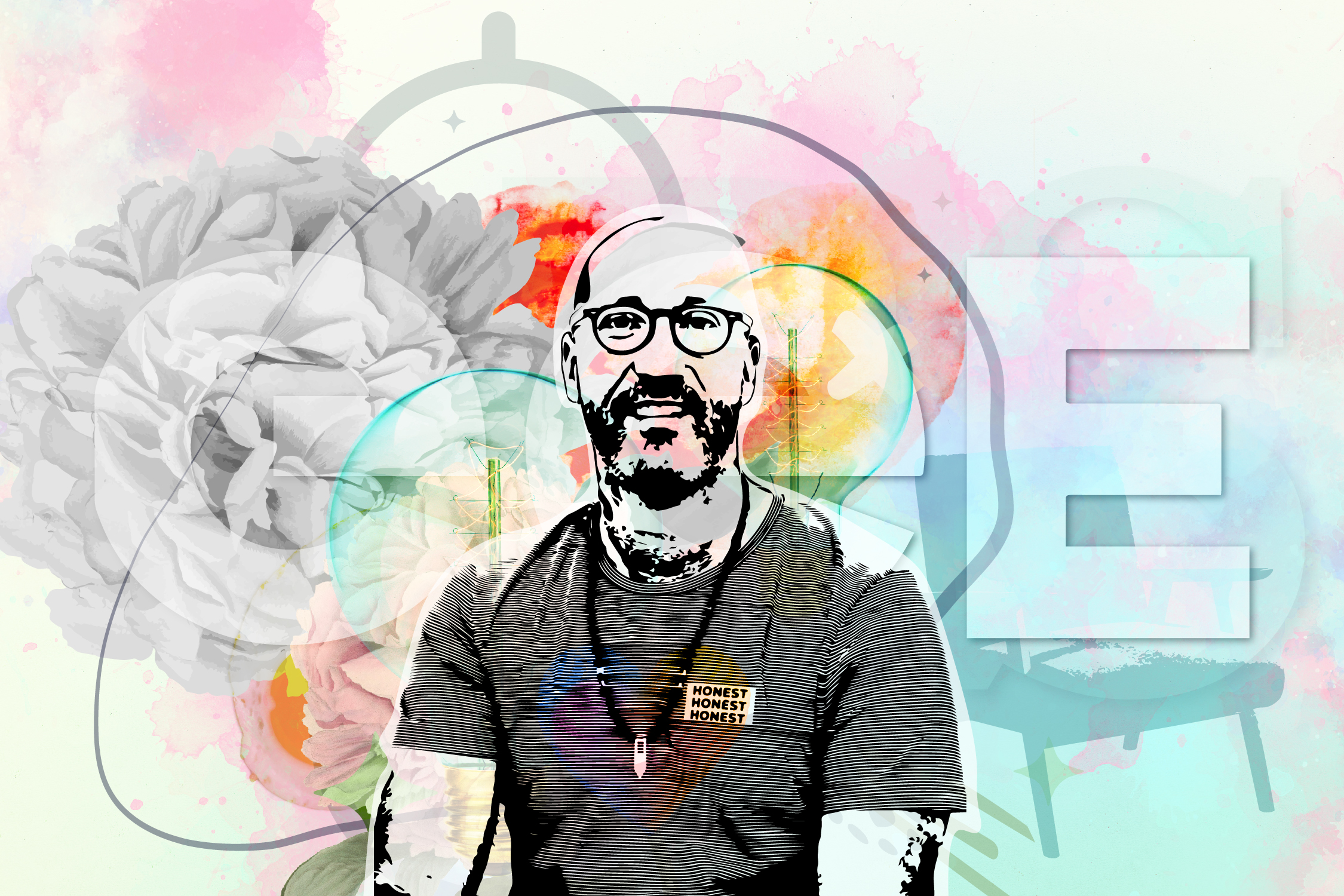 At the centre of a retail eco system germinating local business in a high-tech environment, Paul Simon isn’t afraid to think big. He lives for the challenge.

Paul Simon has something that’s becoming increasingly enviable in the modern age of online exposure: a namesake Google search diversion. Having done the maths, it’s entirely conceivable that Paul Simon the South African entrepreneur was named after Paul Simon the American musician. “It’s probably the most-asked question in my 48 years, second only to ‘have I got diamonds on the soles of my shoes’, and ‘where’s Garfunkel?’ I’ve had this conversation with my parents many times, and it had absolutely nothing to do with Paul Simon.”

We’re chatting in a boardroom directly above the We Are EGG shop floor in Cape Town’s Cavendish Square. It strikes me that Paul is sitting, at this moment literally, on a unique curation of brands, and the metaphor that he’s hatching a new reality for local retail feels irresistible. Add ‘entrepreneur’ to your Google search and you’ve got him: the man who founded YDE in 1995, building it up to mall-mammoth status before selling to Truworths and fully realising his identity as a “serial entrepreneur”. His subsequent spree included an indoor playground, World Cup makarapa hats, and various hit-and-miss tech ventures. Paul founded and still owns Über Flavour, a proudly natural brand of ice teas sold at health-conscious stockists across the globe.

Entrepreneurship is in Paul’s blood. Growing up in Constantia, both his parents helmed their own companies. “You need some business acumen that’s either studied or engrained in you. Mine is engrained, because I didn’t study.” His wife Tina, a lawyer who also owns her own business, is the academic in the relationship. 14-year old Sienna “wants to study medicine,” says Paul. “[She] has her heart set on it and is already preparing for that.” His youngest daughter Scarlett, at 10, is already exhibiting entrepreneurial traits after her father.

That fashion is a hallmark of Paul’s professional life is somewhat incidental. It was by dabbling in fashion tertiary education that he built up the network of designers that would ultimately stock the first YDE. He’s well versed in the business of South African clothing production and retail but thinks of himself more as an entrepreneur in the general sense. Still, his personal uniform (circular spectacles, t-shirt and jeans, high tops, watch and bracelets) has that character-defining recognisability so often seen with fashion professionals. Could a Paul Simon line of spectacles be a future prospect? It would be foolish to rule anything out.

If Paul’s CV is shaped by the search for the thrill that comes with developing an idea into a tangible business, his hunger for a fresh challenge has often been the catalyst for a career move. We Are EGG is a landmark challenge, enthralling in its dynamism: Paul is the custodian of 250 brands spanning fashion, food, beauty and interior. “It’s a different challenge each day. We don’t always do everything right – some [partners] are unhappy with us,” he says. “I’m the point of call. I want the challenge. That’s what really gets me going. We Are EGG encompasses almost everything that I love, and on a scale that I am immensely grateful for.”

As Paul and I run through the We Are EGG business model, a socially distanced team just down the hall is working swiftly to shoot product for the delayed e-commerce platform, now set to launch by the time you read this. We Are EGG is a 50/50 partnership between Old Mutual and lifelong friends Paul Simon and Arie Fabian, known for directing the Fabiani brand for almost twenty years and bringing G-Star RAW to South Africa. Responsible for renting and fitting physical retail space as well as app and site development, the owners then rent out space to a curation of (at the time of writing, 82% Small, Medium and Micro Enterprise) local and international brands.

“EGG is a platform,” Paul explains. “If I look at any of the really successful business models around the world of late, they’re platforms.”

“Amazon,” Paul adds. “They’re all platforms that create an environment for other people to stand on.” All this to say that a local fashion brand joining We Are EGG does so with minimal risk. If it’s not working, they can back out with a month’s notice: a far cry from the long leases, surety and staffing responsibility of a stand-alone store in a major mall. Brands, or partners as they’re called in the eggshell, sell their product on consignment in We Are EGG’s physical and digital stores. Nowhere else does an emerging fashion brand get to live alongside such a dynamic curation of fellow local brands across lifestyle categories. Placement next to what Paul refers to as halo brands (the 18% of the store not occupied by small businesses) including the likes of Kylie Cosmetics and Off-White is also novel, and designed to stoke interest by association.

Partners have creative control over their visual merchandising as well as access to the store’s centre court, where brands like Sealand have done successful activations, allowing customers to choose materials and have their bags created on the spot. “It was great to go back to our origins as upcyclers and showcase how we work with waste,” says Sealand’s Head of Design, Julia Bass. “The installation was a great opportunity to encapsulate and show the customer what happens in our manufacturing space.”

“Where wholesale business models usually know their customer and buy from us accordingly, We Are EGG gives us the opportunity to observe the market and to curate a line of product that fits the taste and spending habits of the average customer shopping there,” says Mikael Hanan, director of FIELDS. Throwaway Twenty founder and designer Rome Wepener confirms the We Are EGG live sales and inventory interface is “a lot more slick, user friendly and less rudimentary” than his other stockists’.

“Sales [at the Cavendish store] are unique in terms of what customers tend to buy and the sizes they buy versus on our online platform, showroom and other Cape Town boutiques,” says Stiebeuel founder and designer Nico Nigrini. “Having access to live sales data has made it possible to navigate through understanding this and gives us good insight into how to produce and allocate our stock.”

Part of the reason We Are EGG’s brands are referred to as partners is because they have access to Paul and Ari’s 30 joint years of retail expertise: “What we say is not gospel and it’s not even always correct,” says Paul. “But I think there is something that people can tap into.”

“Sure, in the first few months there have been some teething issues, however Paul has been approachable with a drive to be better and make things right,” adds Mikael. “We now have our in-store positioning correct, and plan to work with his team to ensure the merchandising is suitable for the customer.”

The business takes a democratic approach to development, working to place an upliftment partner, who trades rent-free, in each category. Paul is aiming to formalise his open-door policy, pitching for funding to create a business development course in collaboration with Dr Jonathan Marks of the Gordon Institute of Business Science at the University of Pretoria. “Learning doesn’t take place in a classroom. It happens in real life,” Paul recalls his and Dr Marks’ thought process. “That resonates with me because of my lack of tertiary education.” Hosted from the store’s centre court, the course would make use of the We Are EGG eco system, facilitating “groups of really fresh entrepreneurs” to bring their ideas to life and ultimately sell them on the platform.

Along with the imminent launch of the next two physical stores (Joburg is scheduled for September and Durban for 2022) Paul is passionate about breaking down the barrier between retail’s physical and digital components. “The data’s clear,” he says. “They’re not mutually exclusive and they work optimally together.” Beyond the fundamentals of an intuitive online shopping experience, “we want to utilise technology, but incorporate it in good, old-school brick and mortar retailing.” Once the online store is live, the physical stores will switch on beacon technology, which uses Bluetooth to share location-based information with smartphones. Walk in and you’ll receive a notification prompting you to download the We Are EGG app: from there, the technology can do everything from providing fabrication information on products to calling a store assistant and letting you pay with your phone (while grabbing a coffee, perhaps) and collect your package at a dedicated click-and-collect counter.

It’s not all high tech. The Cavendish store includes a photo studio, available to anyone for rent and an alluring source of live entertainment for shoppers. Paul directs me to the calm pod, which I visit after our interview. A tall, cozy structure encases a comfy couch and plenty of greenery with a serene soundtrack that instantly unplugs me from the buzz of the shop floor. The space is successful in that it provides room for thought: it’s an ideal place to centre yourself before making that big purchase, or just to take a breath. Something about the experience, perhaps the calming unusualness of it all, makes me feel like I’m a tourist exploring exciting new territory.

“My big intention, my big plan, is to take this concept overseas,” Paul was just saying. That others have tried and failed is a source of motivation. His excitement for the future is built on a foundation of profound belief in local product. “I can quite easily see this store placed on the high street in London, or in New York. There’s this thing [that] if it comes from overseas it must be better. Well, it’s not. I wanna challenge that status quo.”